From April 2011 to November 2012 the company employees with the support of the Ministry of Education and Research performed the research on the topic “Solving inverse problem based on mathematical models of formation spatial-temporal characteristics of river beds for operational short-term forecasts of floods using multi-core supercomputers”.

The project was implemented together with russian scientists —  the employees of the Russian Hydrometeorological Center. The scientific supervisor of the project was Romanov Aleksey Viktorovich, candidate of science, leading research specialist of the department of river hydrological forecasts of the “Hydrometcenter of Russia” FSUE.

As a result of the research, a new accurate method of forecasting floods using rare network of gauging stations was developed — HQ FORECAST. 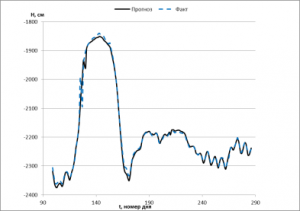 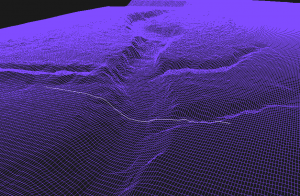 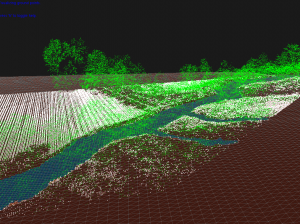 Visualization of the flood zone provided by HQ FORECAST

Main advantages and scope of the HQ FORECAST method application

Nowadays there is no analogue to HQ FORECAST — software that solves inverse and direct problems in complex based on one-dimensional model of unsteady water flow. HQ FORECAST allows to qualitatively solve the problem of forecasting floods using standard water regime observation data.

Such solution is especially important in Russia, where, due to large number of rivers and large areas, there is a serious problem with collecting detailed hydrological data.

To solve non-trivial tasks, applying the latest world achievements in science and technology